Tom and Elizabeth tied the knot at the Sheffield Botanical Gardens on 22nd July 2017. They really made the best of the horticultural setting, bringing the outside in with a tipi and of course an abundance of glorious blooms. The centrepiece of the reception was a suspended arrangement complete with hanging jars, what an impact!

Planning happened quickly for our pair as Elizabeth made lots of decisions while on maternity leave, and didn’t it all turn out so well? From the blousy and muted blooms to the greenery and wonderfully rustic wooden furniture and décor, everything just blends perfectly with the botanical venue.

Elizabeth looks just fabulous in her Essence of Australia gown and I LOVE that she bought both veils when she couldn’t decide between two of them! Clothing a large number of bridesmaids is no mean feat, and I think they all look brilliant in their dusky pink Dorothy Perkins’ numbers. Also tying in with the pink colour way, Tom looks extra dapper in his tailor made Moss Bros suit with pink tie.

We have the wonderful Shelley of Kindred Photography to thank for these brilliant images today. Thank you Shelley! 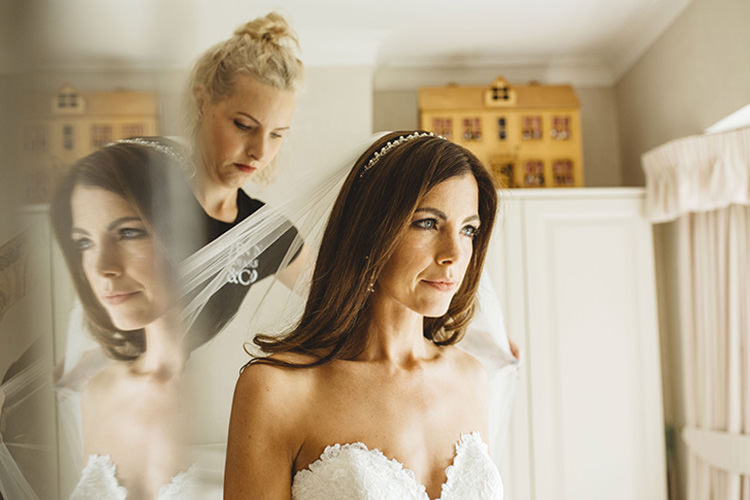 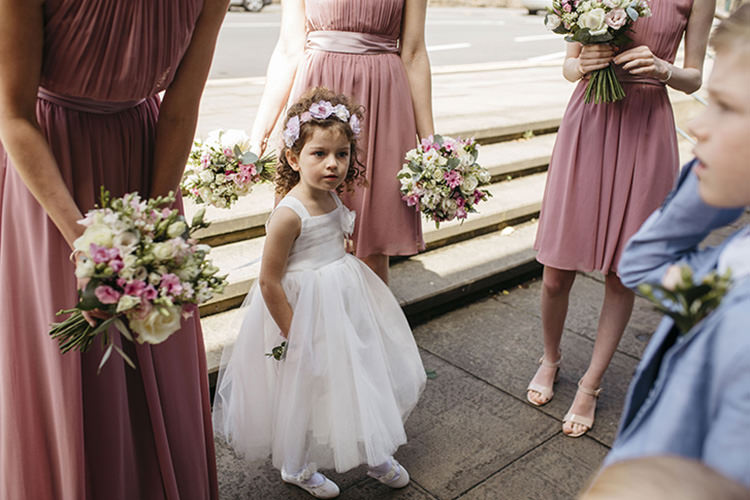 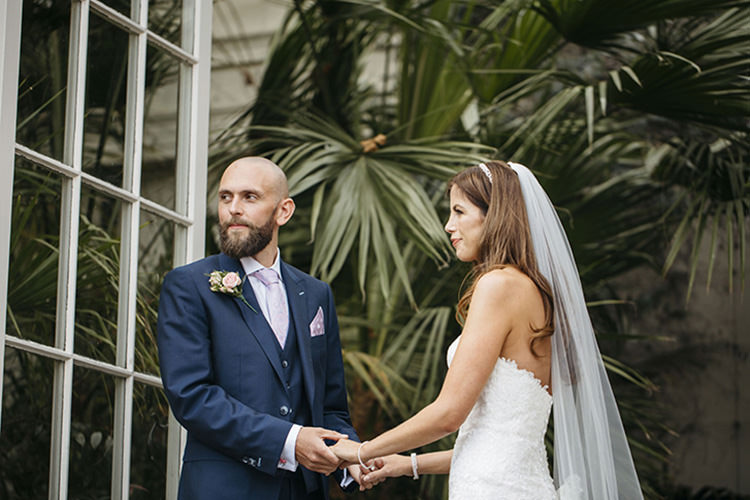 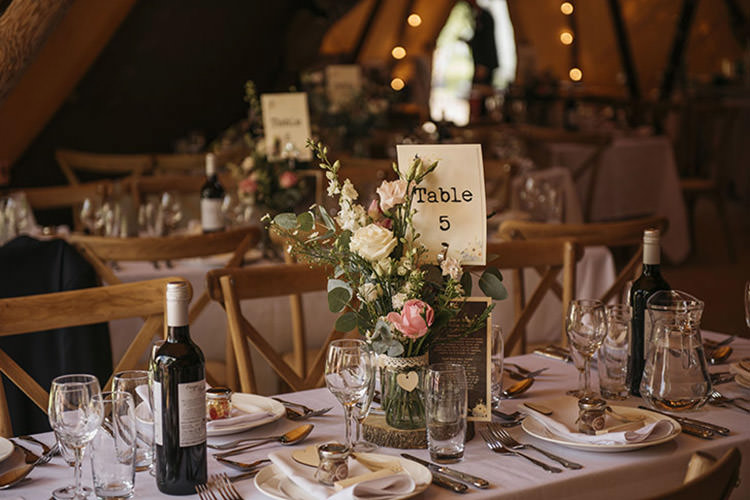 THE PLANNING PROCESS | I was on maternity leave from September and had about six weeks before the baby was born. I used this time to make fairly quick decisions! Despite this, we are so pleased with everything we chose for the big day!

THE VENUE | The Botanical Gardens

FINDING THE DRESS | Having only just had a baby, I had to leave wedding dress shopping to early 2017! I very quickly realised that I wanted strapless, structure and lace! Apart from the lace, this was different to what I was expecting to like. I narrowed it down to three different dresses and made my decision on my second viewing. I bought two veils as I couldn’t chose between them – they were just so beautiful!

GROOM’S ATTIRE | Tom had a blue Ted Baker suit which was tailor made by Moss Bros, with soft pink ties.

BEAUTIFUL BRIDESMAIDS | We had five beautiful bridesmaids. Helen, Rebecca and Francesca, all school friends, who wore a long, dusky pink dress from Dorothy Perkins which looked gorgeous on all of them. We had two family members too – Ruby, my cousin and Ellie, Tom’s niece, who both wore a shorter version of the same dress. They all looked amazing!

THE FLOWERS | We chose a tipi for our reception which was basically a blank canvas with everything being quite simple inside, so the flowers were the main focus and we really wanted them to reflect the overall feel of the wedding with soft pinks whites, and splashes of green. We wanted bunches of flowers on the tables that looked like they had just been picked from the Botanical Gardens outside the tipi. The main focus was the hanging swing above the top table which was the first thig that people saw when they came in and was decorated with candles in hanging jars.

THE CAKE | We went for a simple three tier sponge cake with rough icing that was decorated by the florist to tie in with the overall theme of the flowers. We had wooden Mr and Mrs letters on top

YOUR PHOTOGRAPHER | We both loved working with Shelley. She is so friendly and approachable, and immediately put us at ease. We were so pleased with our photos; Shelley and Priscilla have such a talent! We were especially delighted with the short video that Shelley surprised us with. She managed to capture so many amazing moments, and it’s a beautiful memento of a wonderful day.

THE DETAILS & DÉCOR | Lots of candles in a random assortment of jars, rustic discs of wood for the table centre pieces, fairy lights on the inside of the tipi and lanterns outside. The order of events was on a wooden pallet that we painted with chalkboard paint.

THE HONEYMOON | We went on a mini tour of the US together with our children and my parents who acted as our Sherpas/babysitters for three fabulous weeks. We had a helicopter ride around Manhattan, drove across Golden Gate bridge in San Francisco and rode bikes along Venice Beach in LA to name but a few of the wonderful memories we made.

MEMORABLE MOMENTS | Elizabeth walking up the ‘aisle’ (i.e. a 200 yard walk through the botanical gardens) in beautiful sunshine after having been forecast torrential rain. The rain eventually came in the evening which was nice as it forced everyone inside…and onto the dance floor!

ADVICE FOR OTHER COUPLES | It’s a cliché but you just need to remember to enjoy yourself. Not everything will go to plan but nobody will notice or care.

Tom and Elizabeth, thank you so much for sharing your beautifully botanical day with us! Rachel x