Today’s lovely pair Tom and Charlie wanted a rustic and low key wedding, which really reflected them as a couple, and of course that’s exactly what they created! They put in lots of hard work, and with the help of family and friends, created something they were delighted with.

Tom and Charlie tied the knot at Nancarrow Farm in Cornwall on the 15th September 2018. Good food was really important to them and this certainly informed their choice of venue. They worked really hard on lots of personal touches, which really made the day extra special. I’m so enjoying the painted snowboard details and the piste marker table numbers. Speaking of snow-sports, you are going to LOVE their proposal story!

Alexa Poppe Wedding Photography captured the day from start to finish and we’re ever so grateful for these gorgeous images. Thank you Alexa!

Tom and I worked a ski season in France on our year of travels, where we found a favourite lunch spot. A year later we went back to the same resort for a holiday and Tom insisted on going back to the spot for a morning snack. Sat on a rock, overlooking the valley is where he asked me to marry him.

Something quite low key but special. We are both big food lovers and quality food and local produce was important.

We had a year and a half to plan the wedding. We got started straight away and booked the venue. After seeing only a few places, we knew it was the place perfectly suited for us.

Alexa was recommended to us through a colleague of Charlie’s mum. We met her for a drink at the Watering Hole in Perranporth on the beach and knew her relaxed and natural style would be perfect.

We were due to see the band at a local outdoor event however it was terrible weather. They played at a local beach bar not long after where we caught half of their set. Listening to the 90’s medlies and one of Destiny’s Child we knew they were perfect for us!

We are both quite creative and so were keen to do as much of the decorations and invites as possible. Luckily we were able to design and print all of the invites and used the same theme throughout the wedding using the same style for all of the signs such as menus to table plan and seat reservations.

After a couple of feast nights at Nancarrow Farm to re-familiarise ourselves with the venue, our plans were coming together in boxes in our lounge. Collecting things together all the time from napkins to fairy lights and bunting.

A busy few weeks finishing off the decorations and last minute plans such as the Polaroid camera kept us busy right until the day before.

Bride’s Dress – The dress was from the Willowby By Watters Collection. I went to a bridal shop in Newton Abbot specially to find a dress from this collection, however they didn’t have it. To get a feel for the designer the owner suggested that I try to different dresses of theirs on, and that was that. I fell in love with Vivienne by Watters.

I had the alterations done about two weeks before the wedding by a seamstress and dress maker in Cornwall called Caroline Fricker.

My pearl necklace and earrings were from Tom as a wedding present and my shoes were from the Rainbow Club collection.

Groom’s Suit – Tom knew what he wanted his suit to look like and looked in a lot of shops and websites and couldn’t see anything that matched his vision. Little did he know that on his doorstep in a small shop in Camborne called Little Anne Maids was what he was looking for. A navy tweed three piece suits with sage green tie and pocket square to match the bridesmaids dresses and wedding colour theme, finishing off with Brown shoes.

Groomsmen and Best Man wore suits to match the groom. They wore their own brown shoes. We hired the ties and pocket squares from the same place as we got the suits. The sage green ties were very difficult to find.

Charlie and some of the bridal party went to Inkfish in Truro.

Make-up was done myself

Bridesmaids – Wore sage green skirts which were made to measure from Etsy with a white lace top. The bridesmaids wore separates as I had seen lots of images in magazines and on Pinterest and felt that the two piece outfit suited the venue and the wedding. The girls wore white shoes that they chose themselves.

We had a short reading of a quote from Winnie the Pooh that Charlie’s younger sister read out.

Music throughout the ceremony was from a playlist that we have put together, some of our favourite songs.

Tom’s friend wrote a short poem about the two of us which he read just before our food was served.

Our first dance was sung by the band; Adele – Sweetest Devotion.

Flowers were done by Lou Lou Belle in Cornwall.

The cake was made by Tom’s sister. Three tier; chocolate, carrot & lemon to please everyone. We made the cork cake Bride & Groom.

All of the details and Décor were made by us. We made wedding favours, small candles and spray painted the lids to match the colour theme.

We sanded and spray painted old snowboards to use as the table plan, the timeline and the guest book/guest board!

Love letter lights were hired from ‘With a Flourish’ to help create a dance floor.

We wrapped wire fairy lights around the pillars.

Lots of flowers around the ceremony and reception barn.

Tom’s mum wrote on the guest book for us to decorate it.

We designed and printed all of the invitations and menus.

The polaroid camera was the perfect touch!

We were lucky enough to have a mini moon before the honeymoon.

Straight after the wedding we went to Iceland for 5 days which was wonderful!

Then over Christmas and New Year we went to New Zealand for 3 weeks which was fabulous!

The photographer was stood in the bath taking a photo of me and my sister while she was touching up some of my make up.

Tom and the best man sneaking out before their speeches for a pep talk and a drink, with the rest of the groom’s party to follow and join them.

The entire wedding party were up, dancing and singing the bands Backstreet Boy medley – I knew that the band were going to be good but I had no idea how well they would go down!

Tom and I having one last picture of the night which turned out to be the last film of polaroid.

Try to add as many personal touches as possible. We had so many compliments about all of the little extras that we added and how individual it all was. Don’t feel like you need to follow the traditional way for everything. Don’t forget it is your day and most importantly, enjoy every minute of the day because it will fly by!

Love Letters
With a Flourish

What a special day Tom and Charlie! You really made everything so personal and it looks like a blast! Thank you for sharing. Rachel x

What's not to love about pretty florals? Check out this ultimate wedding bouquets idea gallery to inspire your bridal bouquet of dreams.

Check out these 42 incredible wedding arch ideas that are sure to light up your imagination. Make yours shine no matter your arch style or budget. 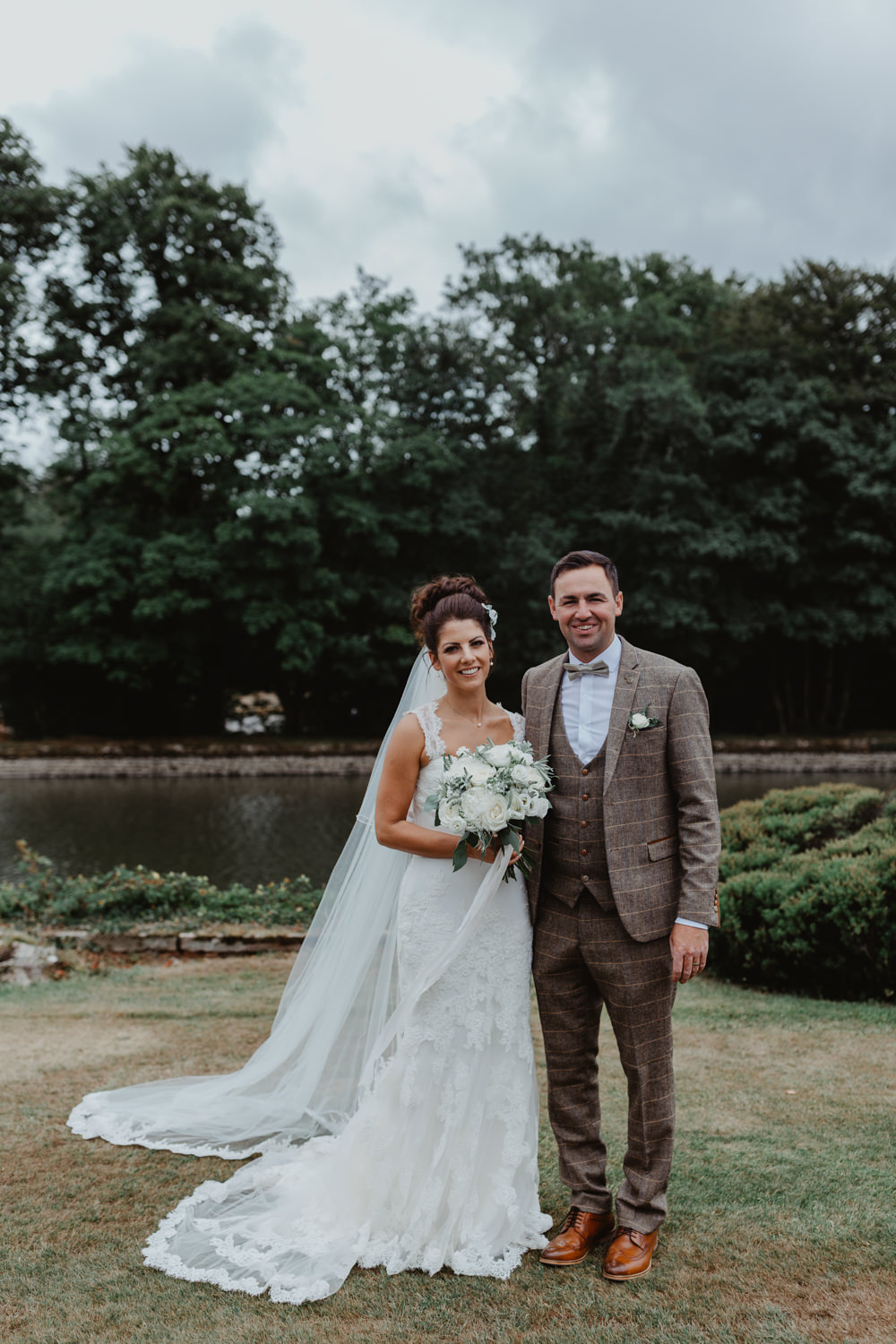